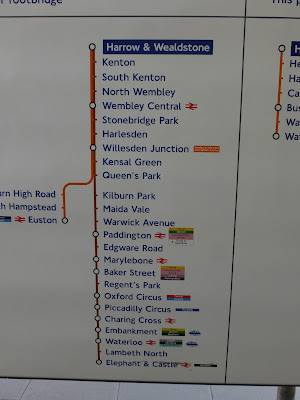 This is the Bakerloo line terminus, the 25th and last station. The station has two entrances/exits. The main one leads to Wealdstone High Street whilst the other takes you in the direction of Harrow. 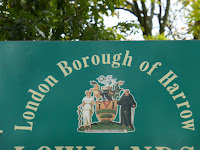 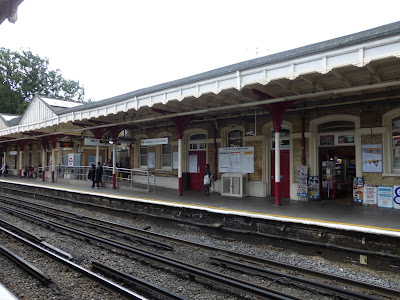 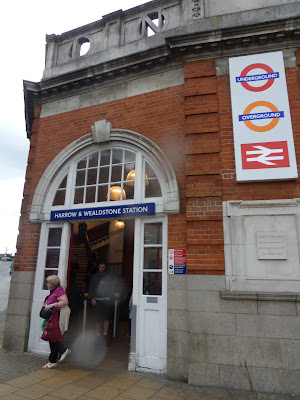 It is a large station building with a clock tower, establishing itself as a building of note. 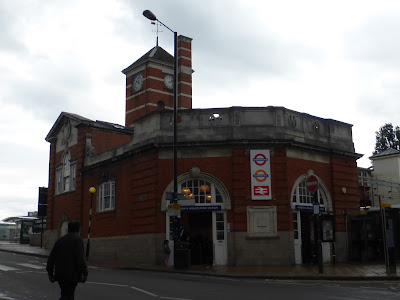 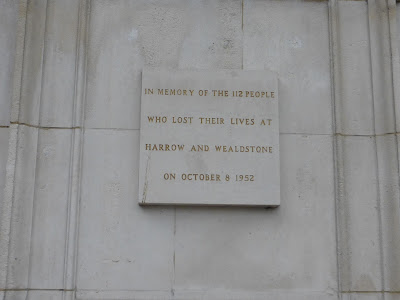 In October 1952 Britain's worst train crash in peacetime happened here when 112 people were killed and over 300 were injured. A Scottish express train hit the rear of a local train standing at the platform. A few seconds later a northbound  express collided with the wreckage causing further injuries. A memorial plaque on the wall outside the main entrance marks the disaster. 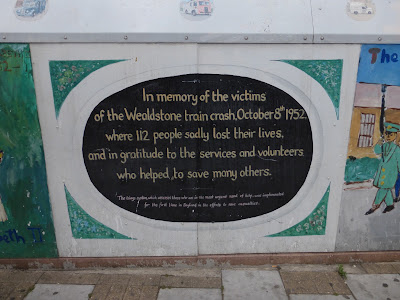 On the bridge alongside the station is the Wealdstone time line and memorial, created by local schoolchildren and youth groups. 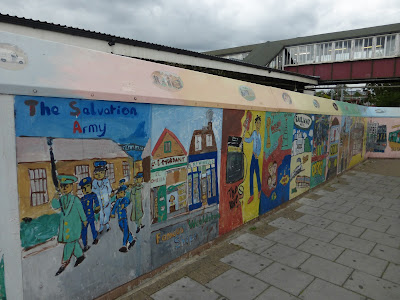 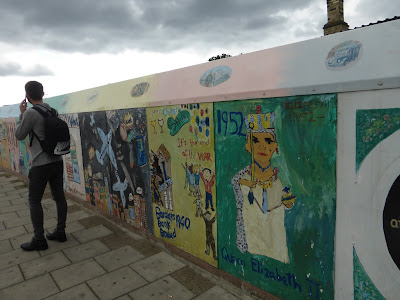 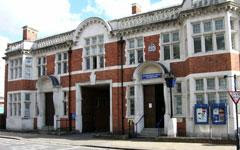 (photo from the internet)
The police station built in 1908 is probably the most attractive building on Wealdstone High Street but it has been sold off to developers. With the approval of Boris Johnson, the Mayor of London, a number of police stations have been sold. No doubt this beautiful building will be demolished and blocks of flats built on the land. 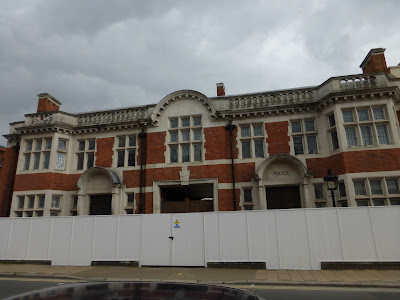 This is the Police station now. 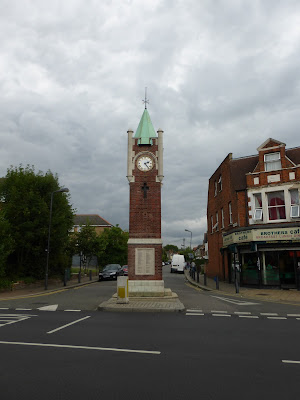 A feature of the town is the War Memorial built in the 1920s in memory of all those men from the local area who lost their lives in the first World War. It was damaged during WW2 but repaired and then restored in 1970. 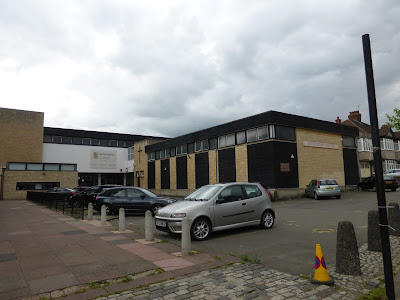 The Salvatorian College was opened in 1931 and has had buildings added since then. The science college for boys was on one side of the road and the language college was on the other side for the girls. Apparently the nuns counted the boys in and out! 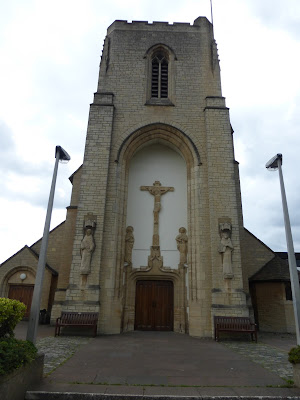 Next to the College is St Joseph's  Roman Catholic church built at the same time as the school in 1931. The sculpture at the front is a later addition in 1952. 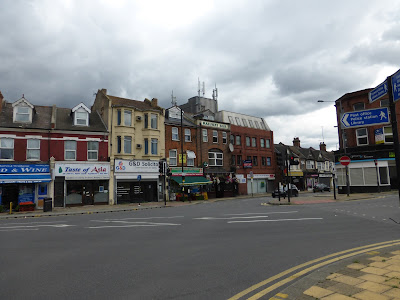 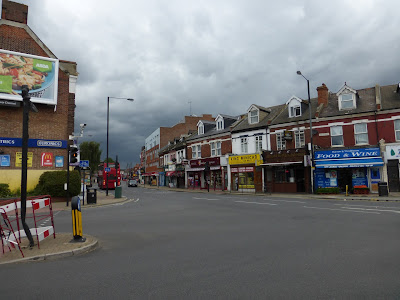 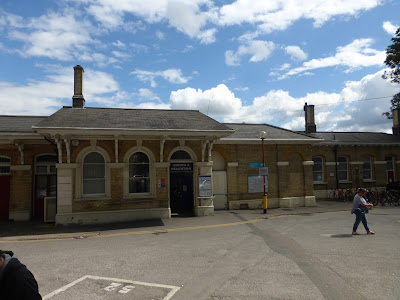 This is the exit/entrance at the other side of the station on the Harrow side. 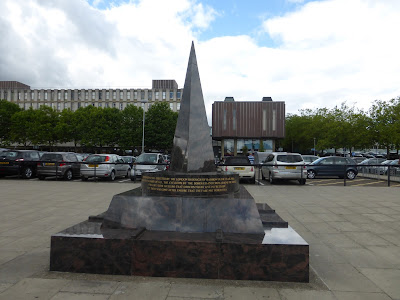 This is a modern war memorial outside the Civic Centre. It was erected in 2005 and the inscription reads: In grateful memory of all the citizens of the Borough and from around the world who gave their lives so that others might live in freedom. Let those who come after ensure they are not forgotten. Harrow Central Mosque, one of the largest in the UK was opened in 2011. 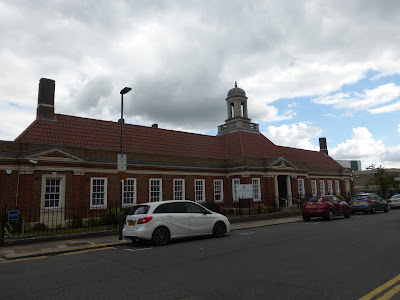 This used to be the Harrow magistrates court which closed in 2011. It was bought by the Jasper Foundation to be converted into a community centre. However the building is a Grade II listed building which means it has historical significance and all work has to be authorised by the council. This didn't happen and as far as I can ascertain the charity are being sued by the council.

The Jaspar Foundation, based in Stanmore, planned to turn the former Harrow Magistrates Court, in Rosslyn Crescent, Wealdstone, into a day care centre and flats but after a visit by councillors and council officers last year it was discovered that it had made unauthorised alterations to the interior of the building, leaving some historical features destroyed altogether. Getwestlondon April 2014 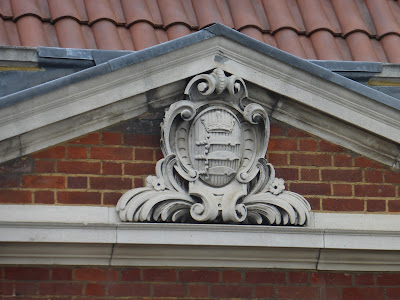 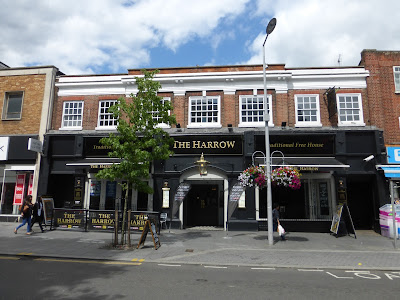 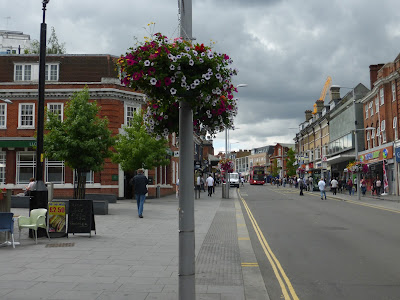 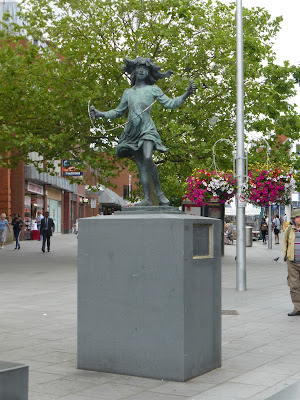 This statue caught my attention as something different. Unveiled in 1987, it is called Katie by James Butler. He was inspired by watching his daughter playing in the garden. 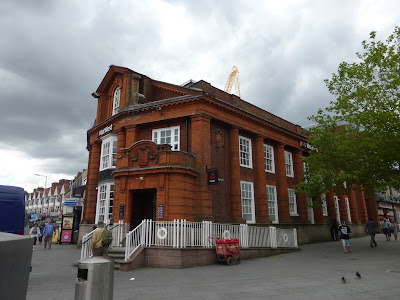 315 Station Road is this listed building. Built as a bank in 1915 and unusually still a bank. It is an attractive classical styled building and really stands out. 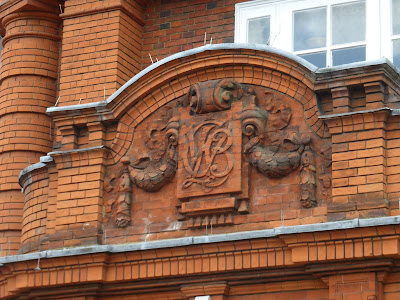 It has taken almost a year to complete visiting and researching the Bakerloo Line. During that time there has been much discussion about extending the Line further into South London from the Elephant and Castle, the Southern terminus. There is talk of it being extended to Lewisham and then maybe as far as Hayes in Bromley. The timeline for the project is expected to begin in 2025 and be finished in the 2030s. Maybe by that time I will have finished the other Underground stations and can return to this one! 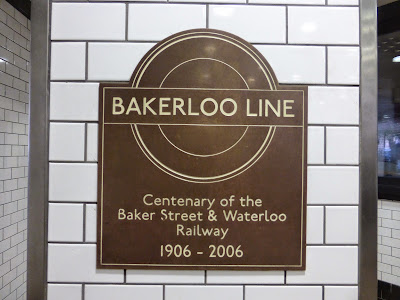 I feel a great sense of satisfaction at finally completing one out of  11 of the underground lines. Although the DLR and the Overground lines are on the iconic underground map, I have excluded them from my challenge as they mainly travel above ground. Of the 265 separate stations on the Underground system I am left with just 240 to visit! So off I go to start on the Central line with its 49 stations!
Posted by Fun60 at 1:01 PM

Email ThisBlogThis!Share to TwitterShare to FacebookShare to Pinterest
Labels: Bakerloo: Harrow and Wealdstone