Day 1 of Walking the Thames Path 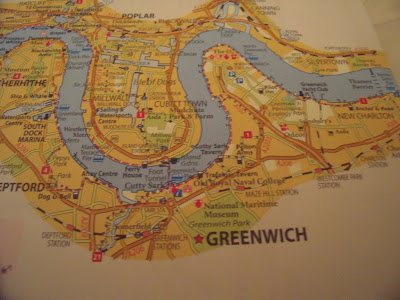 As soon as I had parked the car and walked down the steps to the path the smell of the sea hit me. I'm not sure how far from the estuary we are at the Thames barrier but the smell was strong. Today was going to be an easy walk as I would have to retrace my steps to return to the car. It was far too much hassle to get here by public transport so I thought once I had reached the O2, all future walks should be accessible by public transport.

I have done this part of the walk a number of times with family and friends but I wanted to record my walk with photos so I decided to start at the beginning of the walk and not miss out any of the pathway. The idea being to walk from the Thames Barrier to the source of the River Thames.

You begin the walk through a concrete tunnel with one side opening out onto the river. The other side has a map of the river showing how the height above sea level rises as you get closer to its source, which is approximately 180 miles from where I was standing. 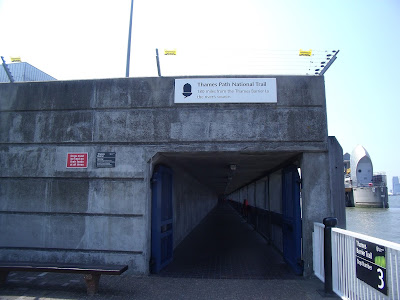 Going across the Thames is the Barrier, our greatest defence against the flooding of London. The barrier was completed in 1984 and at the time was the world's largest removable flood barrier but I'm not sure whether that fact is still correct. The gates are between the concrete pillars, which are topped by the shiny steel cowls. If a particularly high tide is expected the gates are rotated and stand up to hold back the water. 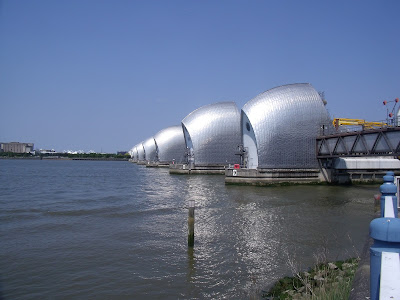 It is approximately 500m to the other side of the river from this point, 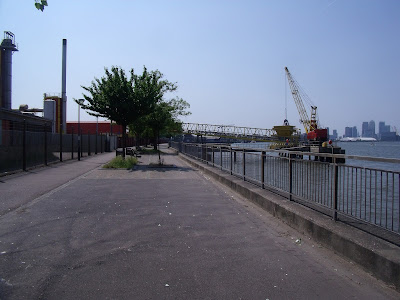 The buildings in the distance are on the Isle of Dogs which is actually a peninsula not an island. 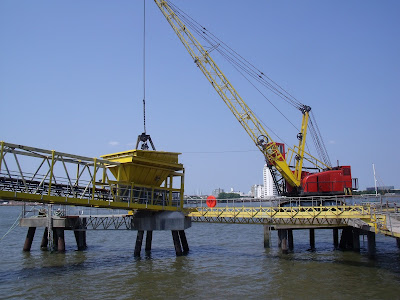 The Thames is still very much a working river. Here you can see the machinery that's used to collect the aggregate from the barges. 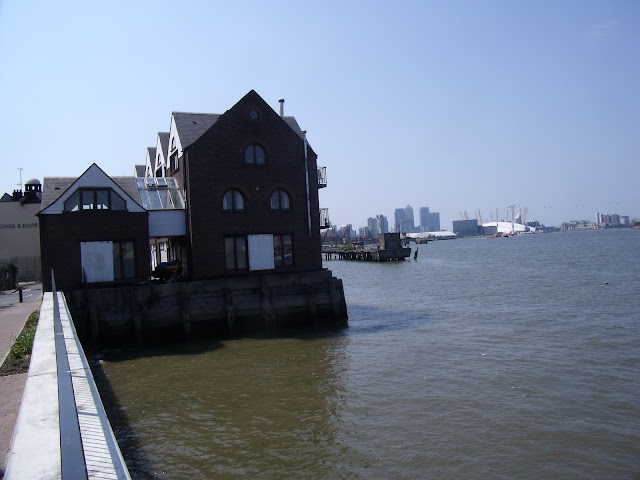 To the right of this picture you can see the Dome which will be the finishing point of today's walk. It looks as though it is on the other side of the river but it only looks that way because of the bend in the river. 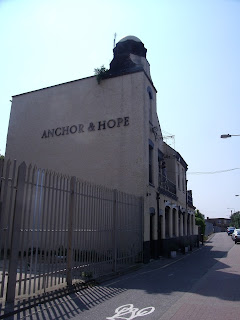 This is the first of many pubs on the Thames path. It is said the name comes from the days of sail when captains would have to drop 'anchor and hope' for a change in the wind. 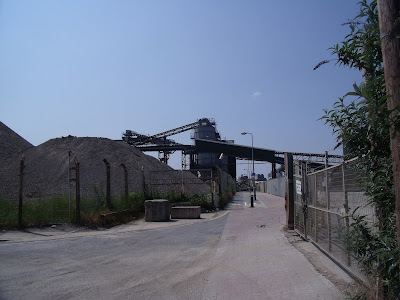 Here you can see the giant gravel conveyors which you walk beneath. 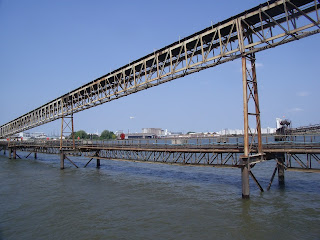 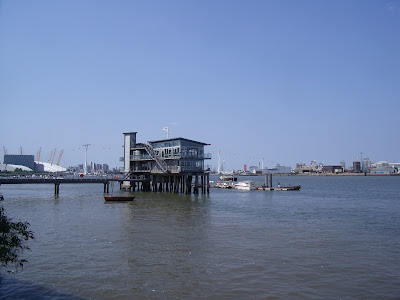 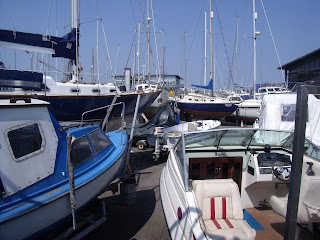 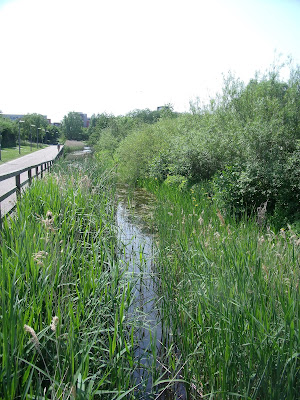 Across on the other side of the pathway is the Greenwich Peninsula Ecology Park. Historically this area was known as the Greenwich marshes but became heavily industrialised in the 1880s onwards with a large shipbuilding yard and a gas and chemical works. With the decline of the industries in the 70s new schemes were eventually put in place to regenerate the area and so began the creation of the Ecology Park as a freshwater habitat. It is so close to the Thames pathway that it just needed a short detour to have a look at the wildlife which now makes use of this new habitat. 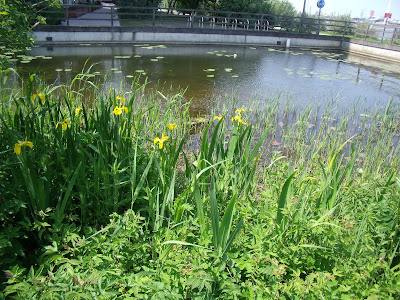 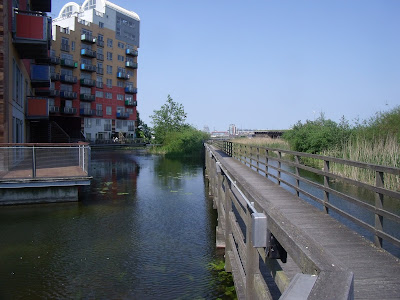 Back on the pathway I spotted this sculpture made from rubbish collected from the river. 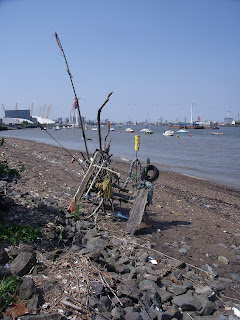 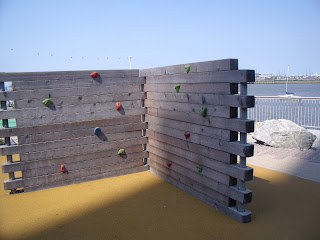 A bit further along the newer section of the path, was a climbing wall for the kids to play on. 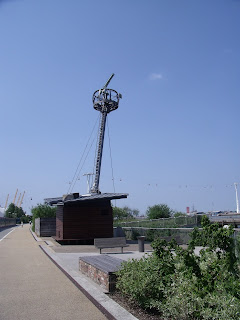 I think this is part of the warning system that lets the ships know that the Barrier is being raised as all ships and boats must stop when that happens. 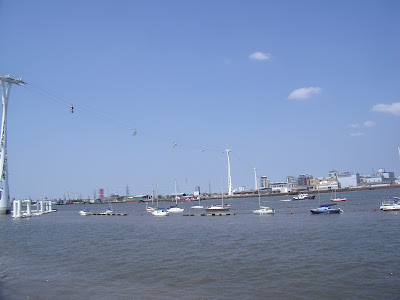 This is the cable car that goes across the river. It has only been open for about one year. If you want to see more pictures  of views from the cable car click here. 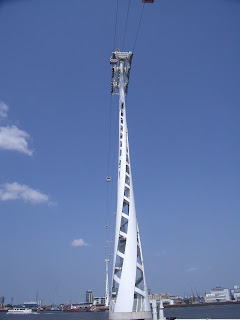 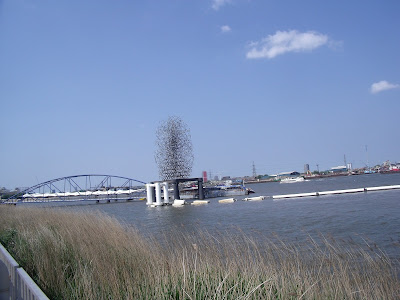 I have reached the Millenium Pier and the Anthony Gormley sculpture 'The cloud'. This is where I turn back to retrieve my car from the Thames Barrier car park. From now on all my walks will begin and end with public transport and will be much longer. I have only completed a couple of miles so just 178 to go to find the source of the river.
Posted by Fun60 at 2:44 PM 18 comments: