This station was opened in July 1879 by the District Railway, now the District Line on its extension from Turnham Green to Ealing Broadway. Once again it is a station that started off with a different name - Ealing Common and West Acton. A new station building was constructed in 1930 and 1931 and as with the previous two stations it was designed by Charles Holden. 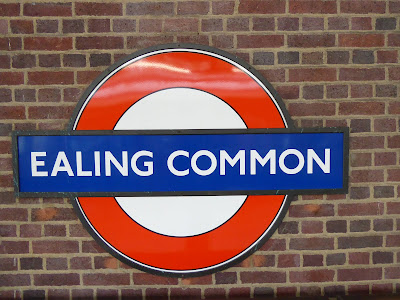 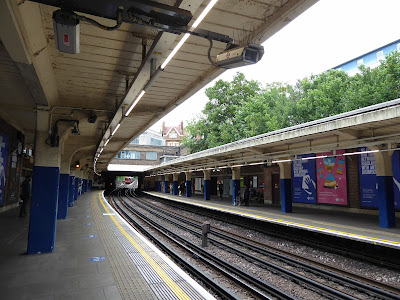 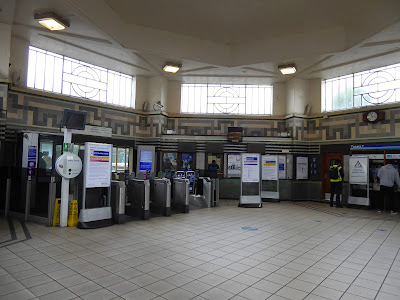 The portland stone, station building with the ticket hall is a  tall, heptagonal building. Light pours in from  the leaded  window panels  with the underground roundel decoration. 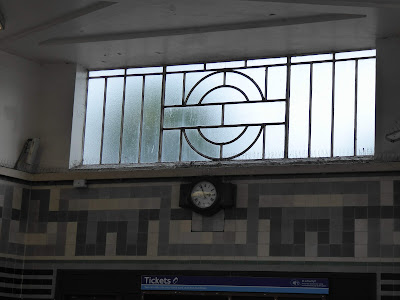 Below each of the windows is an intricate tiled design. 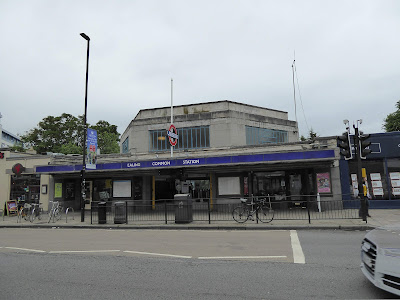 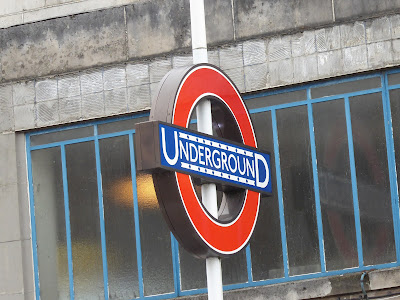 Ealing Common is a very short walk from the station and as this station is close to three other underground stations I decided to just do a shorter walk today focusing mainly on the common and its surroundings. Common land is land owned, for example by the local council, privately or by the National Trust. You usually have the 'right to roam' on it which means you can use it for walking or in some cases horse riding. traditionally it meant you could graze your livestock upon it, collect wood or cut turf for fuel. 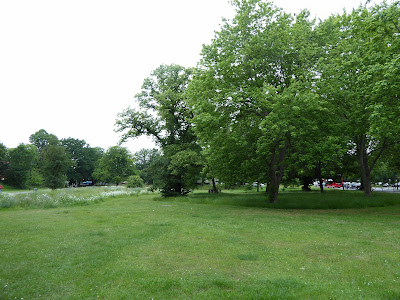 Ealing Common has been here as far back as records exist. From the Middle Ages the common belonged to the lord of the manor, the bishops of London. they allowed the tenants to graze cattle on the common. manorial rights were transferred to the Ecclesiastical Commissioners in the 19th century.
At this time changes to Ealing Common occurred. The scrub was mostly cleared, more trees were planted and the ponds in the SE corner drained.
The ancient common was surveyed and recorded under the Metropolitan Commons Act 1866. In 1880 Ealing Council took over its management.
During the 19th century the common was famous for pony rides. In 1926 during the General Strike, it was a meeting place for thousands of striking workers. It was used as allotments and as a site for air raid shelters during World War Two. It has been and continues to be used for annual fun fairs and circuses.
The Common has also been under threat when in 1982 a road widening scheme threatened to create a six lane road through the common's south-east corner. Fortunately a public enquiry rejected the plans and instead the common was declared a conservation area to protect the trees on or near the common. 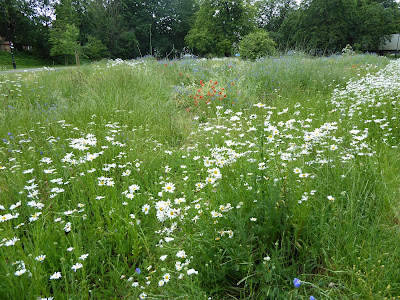 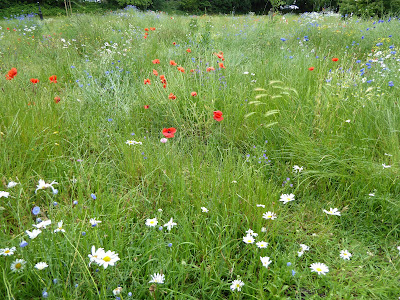 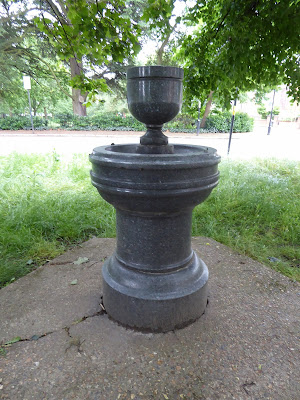 The Metropolitan water Fountains Association installed this drinking fountain in 1878. Concerns at the time regarding animal welfare also led to water troughs being introduced for horses which pulled carts and buses. 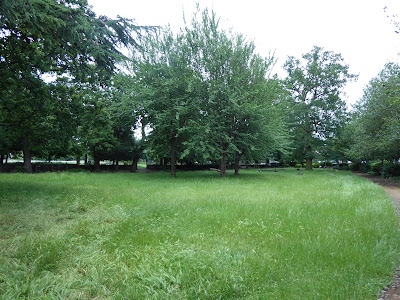 This enclosed area in the South West corner of the common is known as Warwick Dene. It was the result of a land swap between Ealing Council and the Rothschild family. The family owned most of the land between Ealing Common and Acton Town station which they developed for housing. In 1895 Leopold De Rothschild exchanged this piece of land for one near Ealing Common station to provide a road. The land became a woodland garden for '...the Aged and Blind and Those Requiring Rest.'  It has now been redesignated as a play area for children. 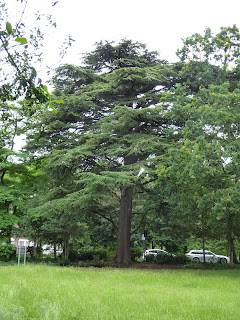 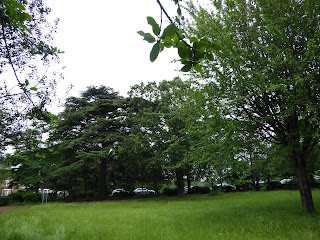 There are some notable trees in the area such as the horse chestnut and this wonderful cedar. 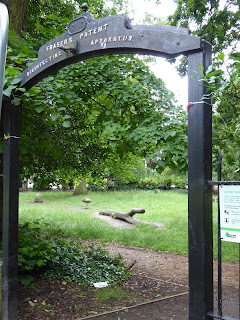 Warwick Dene is enclosed by railings with this metal arch forming a gateway. It seems very out of place here. The apparatus referred to on the arch was a machine for disinfecting clothes and other objects which became popular as a result of an increase in smallpox cases in the 1870s. It was often used in workhouses and hospitals. It is thought that the arch may have come from the Royal India Asylum which used to stand on the site where All saints Church now stands, The East India Company founded the asylum in 1870 for employees returning from India with mental health problems and it remained in Elm Grove until 1892. 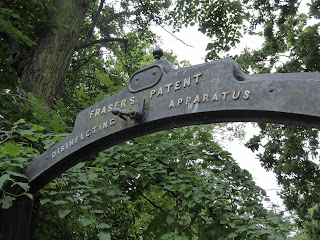 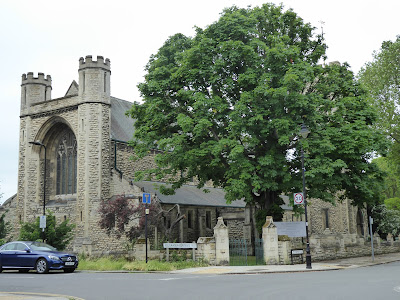 On the other side of the road from Warwick Dene is All Saints Church. This is the memorial church to former Prime Minister Spencer Perceval (1762-1812) paid for by his youngest daughter Frederica Percevel. Percevel was appointed PM in 1809 and was shot dead in the House of Commons in 1812. He is the only Prime Minister to have ever been assassinated. 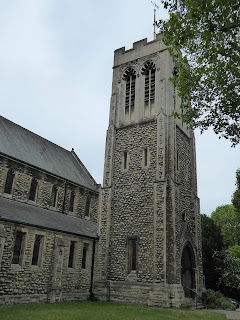 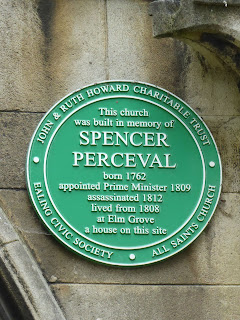 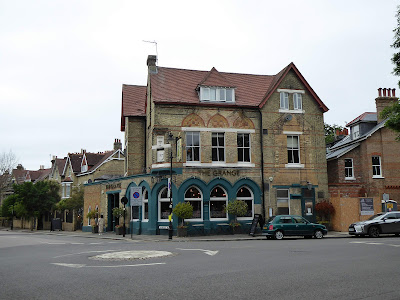 Overlooking the common is The Grange  which was built in 1873. It marks the limit of the Rothschild land because the family objected to licensed premises on their land. In my post of the previous station, Acton Town, I wrote about Gunnersbury Park, home of the Rothchild family. 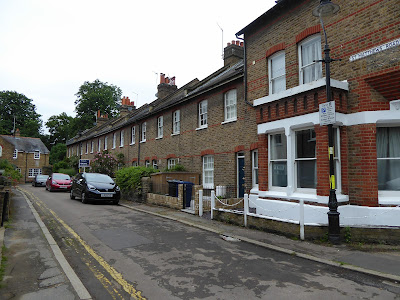 Although most of the houses surrounding the common are quite large I came across this row of Victorian cottages. 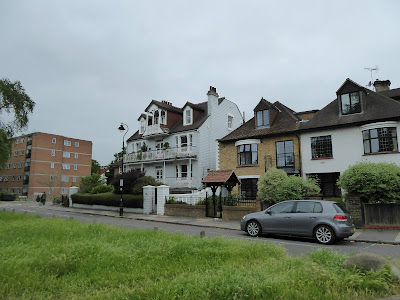 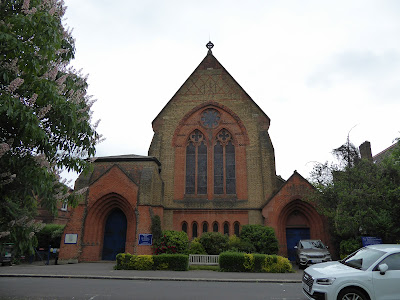 On the other side of the common is St Matthew's Church which was built in 1883. It apparently has arts and crafts stained windows but as it wasn't open I was unable  to see them. 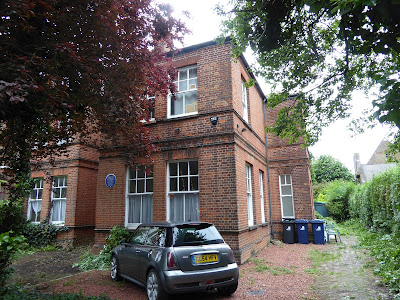 On the vicarage next door is a blue plaque in memory of Dorothea Chambers who was Wimbledon Ladies' singles champion on seven occasions between 1903 and 1914, more times than any other British player yet we never hear of her. Her father was the vicar of St Matthews until 1916. 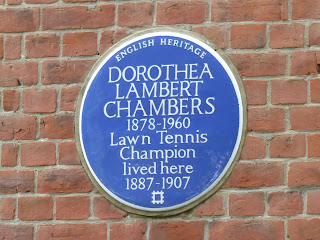 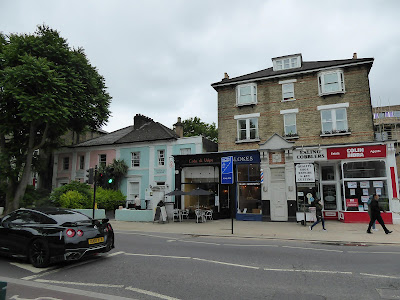 I continued walking along the busy Uxbridge Road 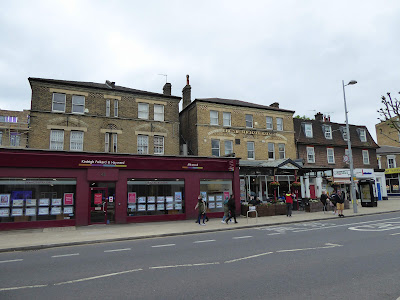 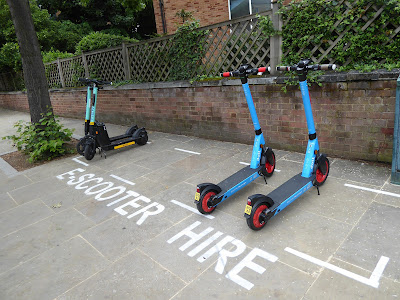 These e-scooters are everywhere at the moment. They are only supposed to be used on roads if they are the regulated hired ones which are being trialled in some parts of the UK. However, there is so much illegal use of them you see them all the time on the roads and even on the pavements. There have been a number of fatalities already. 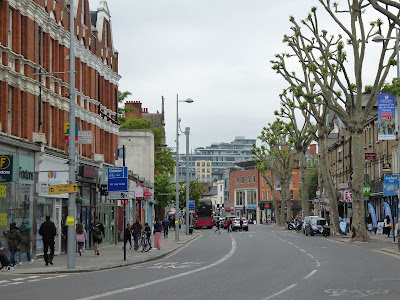 A little further along the road is Ealing Broadway station where I ended today's walk. I have visited and written about this area and station when I wrote about the Central Line which terminates here. Ealing Broadway is also the last station on this branch of the District line. I now have just three more stations to visit on the Richmond branch of the District Line which will then complete my exploration of this line.