I wasn't going to visit Paddington tube station as it is also on the Bakerloo line which I have previously explored but I remembered that there are two underground stations within Paddington mainline rail station which are not interlinked so a visit was in order. 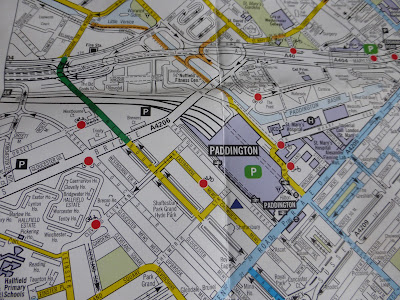 I'm glad I did visit the station as there are two Circle line stations there. One is for the Bakerloo, District and Circle and the other one, at the Grand Union Canal side of Paddington, is for the Hammersmith and City and Circle lines. They are different. I hadn't realised that you actually visit Paddington twice on the Circle line. 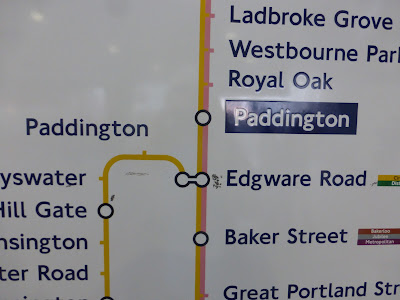 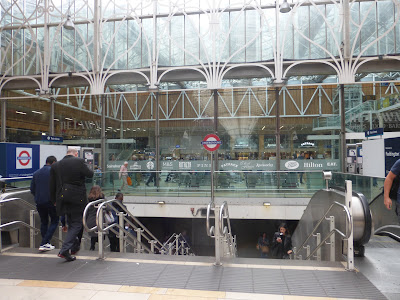 This one is near the Praed Street entrance and serves the Circle, District and Bakerloo lines. From here the Circle line takes you to Edgware Road or anti clockwise on the Circle line via Victoria. 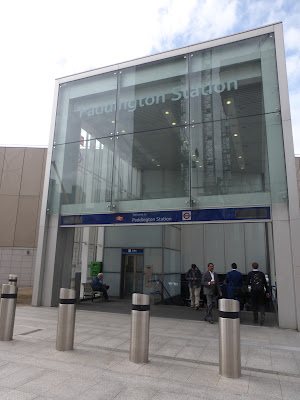 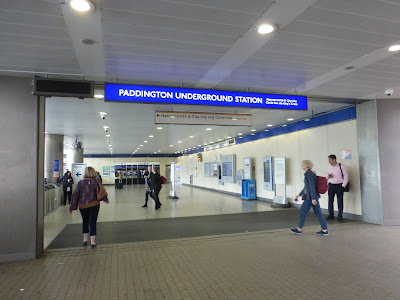 You would pick up the Circle line here to go to Hammersmith or clockwise on the Circle Line via King's Cross. 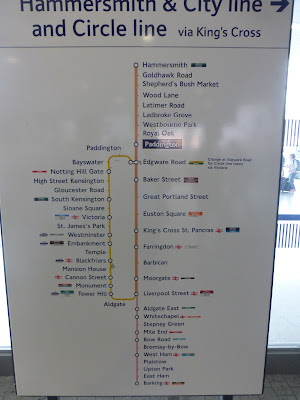 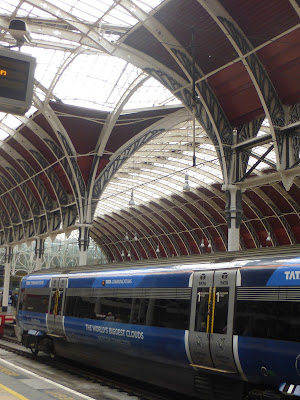 The main line rail station, designed by Isambard Kingdom Brunel was built in 1854. 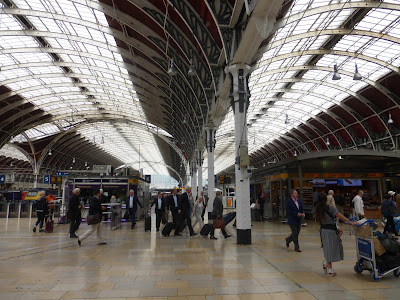 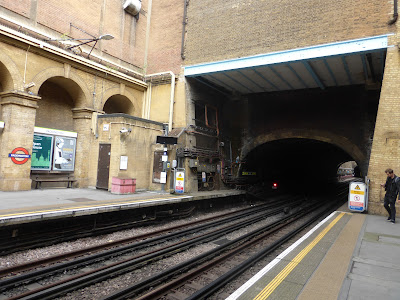 Paddington was the original Western terminus of the Metropolitan Railway, the world's first underground railway. 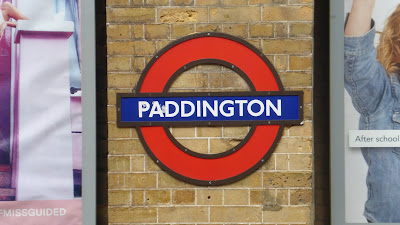 To find out more about the area surrounding Paddington click here