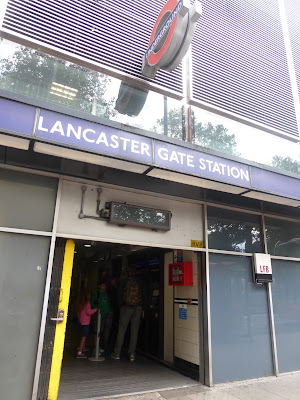 Lancaster Gate station on the Central line was first opened in 1900 but that building was demolished and a new surface building was constructed in 1968 as part of a new office block development but was converted to a hotel shortly afterwards.  Arriving at the station you have a choice of walking up 78 steps or getting the lift as there are no escalators here. Fortunately the lifts were renovated in 2006 making them far more efficient.
Strange that the station is called Lancaster Gate as it is actually opposite Marlborough Gate. The Lancaster gate entrance into Kensington Gardens is about 300m away. 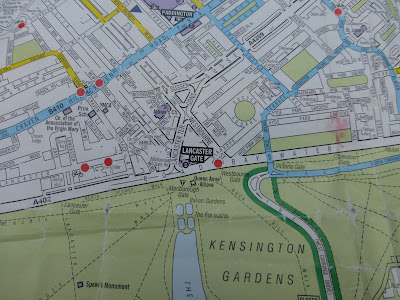 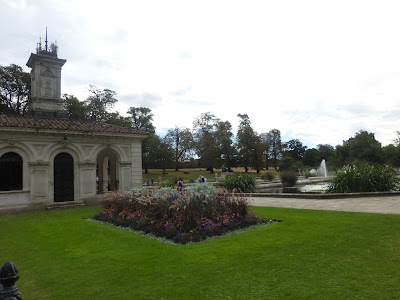 You enter the park close to the Italian Gardens. The gardens were restored in 2011 as part of a programme of works entitled Tiffany-Across the Water which focused on the restoration and renewal of water features across the 5000 acres of London's eight Royal Parks. The work was funded by The Tiffany & Co Foundation in New York. 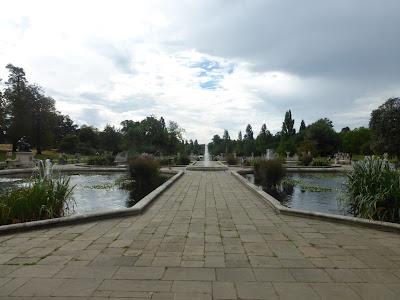 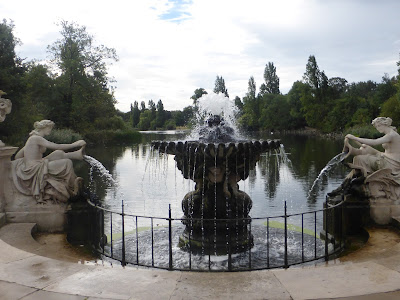 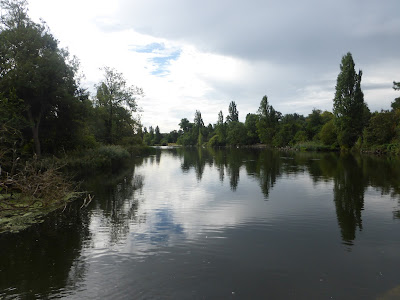 I walked through the gardens and then continued along the path by the side of Long Water. 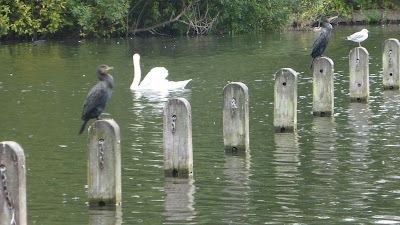 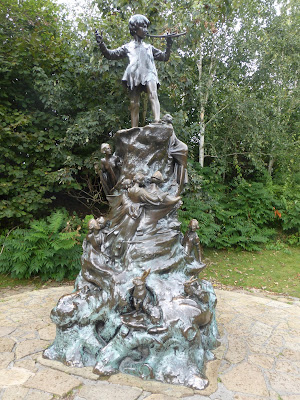 This is the bronze Peter Pan statue sculpted by Sir George Frampton and placed here in 1912. Sir James barrie who wrote the play 'Peter Pan' lived closed to the gardens and would walk here regularly. It was here that he met the Llewelyn boys out with their nursemaid who became the inspiration for the Lost boys in the story. Barrie commissioned the statue himself and arranged to have it erected overnight, 'as if by magic'. 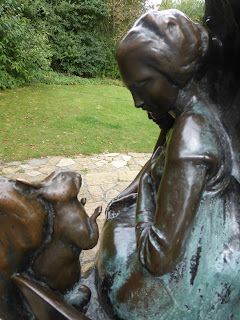 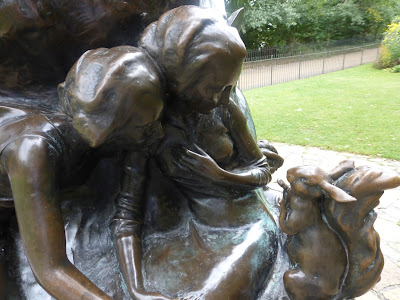 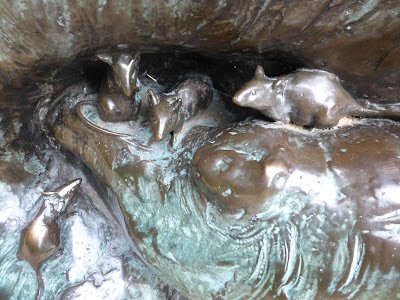 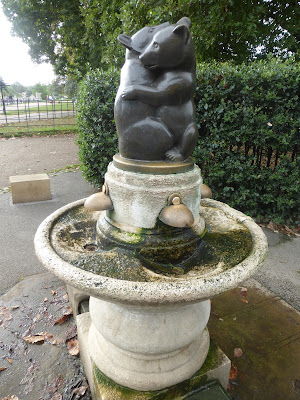 This drinking fountain was presented to the park by the Metropolitan Drinking Fountain and Cattle Trough association to mark its 80th anniversary in 1939. Set up in London in 1859 its aim was to provide free, clean drinking water to the people of London. 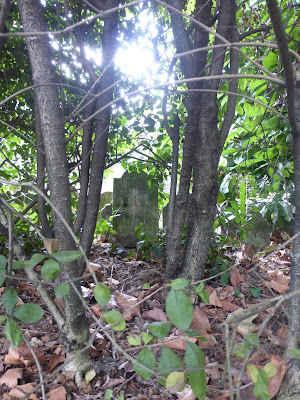 A rather less well known feature of the park is the Pets cemetery. It is noted on maps of the park but not visible from any of the pathways. 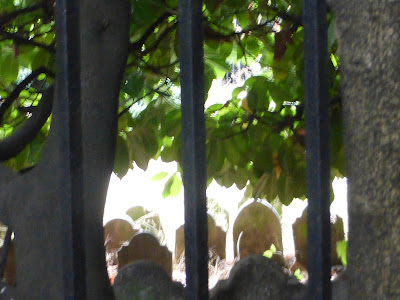 The only way to actually see it is to go back out onto Bayswater Road and look through the railings as it is well hidden behind the herbaceous borders and dense undergrowth. These were not the pets of your everyday mortal but those of the rich. The cemetery was founded in 1880 by George the Duke of Cambridge who asked the gatekeeper to find a suitable burial spot for his wife's favourite dog. The cemetery was closed  in 1915 as there were now over 300 pets buried there. 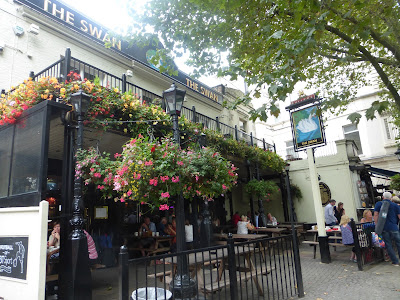 Across the road from the park is The Swan pub. Licensed premises on this site can be traced back 300 years.  The sign outside the pub claims that this was one of the final  drinking places for those being carted to the Tyburn gallows at Marble Arch (More info in my previous post here). It is said that the phrases 'one for the road' and 'on the wagon' date back to the practice of the local jailer stopping and requesting one last beer for prisoners. 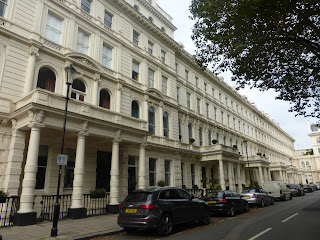 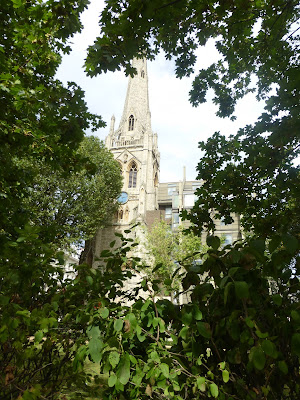 Christ Church built in 1854-55 survived WW2 but suffered from fungal decay and was demolished in 1977, leaving the tower and the 205 ft spire. The tower and spire are Grade II listed so I am surprised that a modern development adjoining the church was given planning permission as it neither fits in with the Gothic architecture of the church nor the Victorian terraced housing in the square. 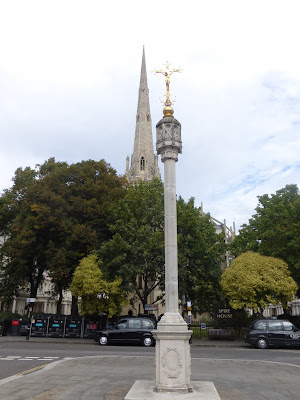 The Christ Church war memorial is unusual with its gilded crucifix on top of a tabernacle. There are eight niches within the tabernacle to house statues of St George of England, St Louis of France amongst other warrior saints. 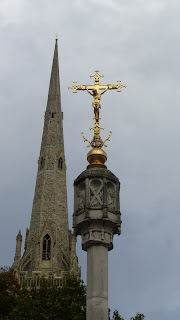 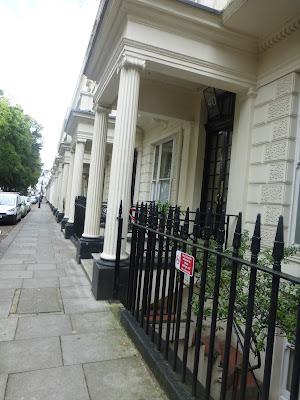 There are so many roads with these grand Victorian terraced housing often in squares surrounding a private garden. I also came across a number of Mews. 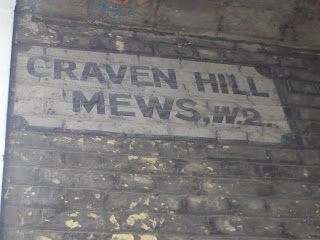 I also came across a number of Mews. 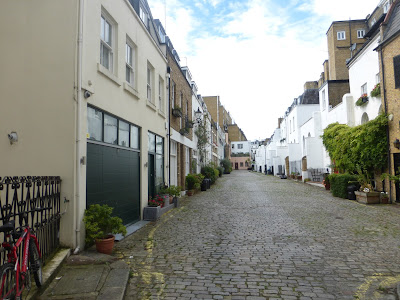 These cobbled cul-de-sacs were once stables for the horses and carriages needed to transport the ladies and gentlemen of the area. Now the majority have been converted into desirable homes for the wealthy. 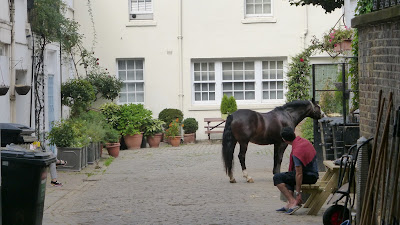 Bathurst Mews still has a stable block providing horses for you to hire and ride in Hyde Park. 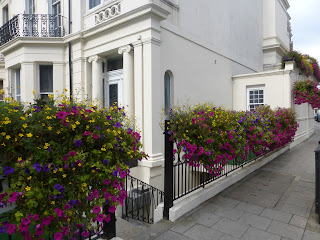 Walking back to Lancaster Gate station I went down Craven Terrace which had a few independent shops. 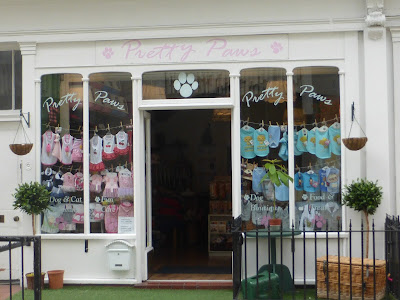 My attention was drawn to this shop, a grooming parlour for cats and dogs. Looking in the window I couldn't quite believe that people would buy these outfits for their pets. 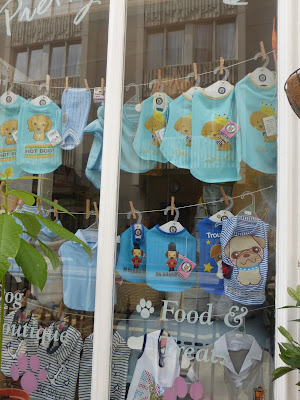 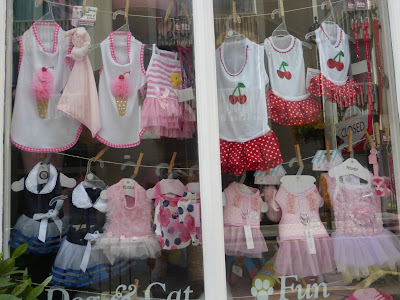 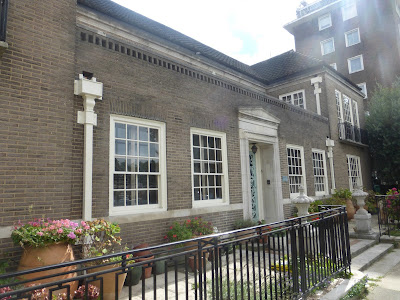 Just around the corner from the station on  Clarendon Place is the former home of  Sir Giles Gilbert Scott. An English architecture best known for his work on Liverpool Cathedral, Battersea Power station, Waterloo Bridge and of course the iconic red telephone box. He designed and lived in this house from 1926-1960 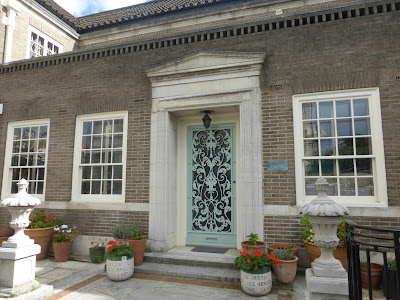